I'd be diggin in dirt

A month or so ago, i mentioned to a friend that i felt bored and kind of stagnant. she suggested that i take on a project or two and so, the idea of starting a garden was born.

I started on it a few weeks ago, but ran into a huge road block.
the dirt was full of glass and nails, (from the fire) the window broke out, and the people who fixed the house just let nails fall, i guess.

so, i could either abandon the idea, or try to get as much of the sharp, bad stuff out as i could.
i thought that simply picking it out would suffice at first, but the area that i'm working with is about 20 feet by 3, and with rain and what not, the glass is all up and down that little space as well as down deeper than i thought.
picking it out was not going to work.

so i brought out a colander and got busy.

after getting a tiny splinter sized piece of glass in my hand through the garden gloves i bought, i was like, man, eff this.

a few days of reconsideration were in order, so, i just left it alone.

There must have been some contraption that i could get from the hardware store that i could feed the dirt into and have it sifted.

here is what i came up with.. 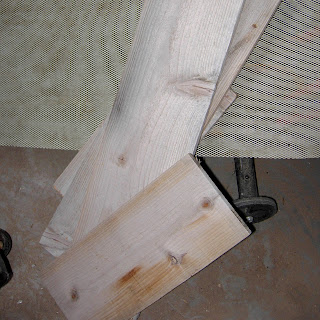 some boards from the pile left over from when we redid our fence and some of the stuff that gave our porch a bit of privacy before it was ruined.

while i was savaging, my aunt(the same one who taught me to crochet) wondered what i was doing. After i told her that i was getting ready to garden some shit up! she dug out a couple fist fulls of hand held garden tools that we had stashed someplace 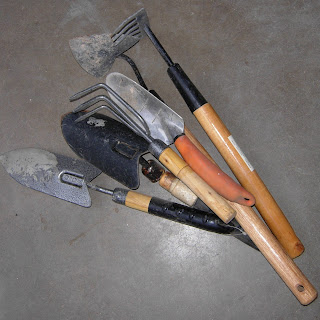 This got me more in the mood to work toward a garden, so we grabbed our hammers and boards, sawed them to length and got busy putting this frame together 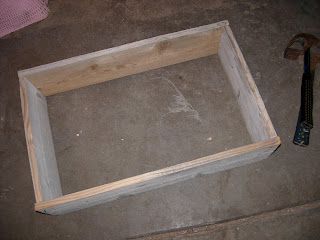 which turned into this finished sand sifter. (we cut too much of the metal stuff, so we made a smaller one too) 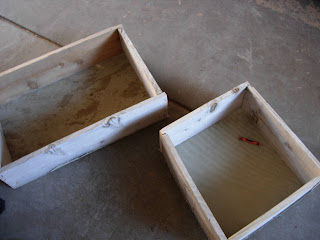 I'm excited about using it.
The only problem i can foresee is that the holes in the metal fabric may be too small, but that will be fixed easily enough by taking something and poking holes in it so it'll be more like a salt shaker.
=-)
at 4:02 PM