i don't know why i don't just go out and buy the stuff. that would be SO much easier.
last month, i made my first attempt at making the kid some home made dough. i thought, he's always messing it up, so this way will be cheaper. he got a play dough station for Christmas which included 5 big things of dough, none of which are still alive.

so, the first recipe i tried called for corn starch, salt, and water. THAT was a disaster. lol!
i wound up making a corn starch bomb that exploded all over me. at first, i thought it was going to eat me alive because it felt a little funny, but i wasn't about to go hop back into the shower, because it was still early, so i wore it all day.

before giving up, i thought i'd try one more recipe, which was a flour, corn starch, and glue one. i don't know why i thought i could get some playdough out of that. it just looked like inedible bread dough and was killer to get out of the bowl.

ah well, his birthday is coming up, perhaps some playdough along with the moonsand then.

last night, i started on a belt for my mother. i had gotten 2 things of nylon yarn for no good reason a while back and i have never worked with nylon before so i said, sure, why not!
it's almost done - i had to take a break because i was getting a bruise on my finger. at first, i was going to make one that mimicked one that she has that's got 2 rows of eye holes, or what ever they're called but, in order to keep it simple so that i can do more projects before i either find a job, or get busy selling, she's going to get the kind that you just jab the belt loop thing through.

it's really windy here and COLD. i have been looking forward to fall, but man, it seems like we skipped the introduction out here. there is no easing into seasons lately.
i love going to the park, and i was hoping to have the kid's b-day outside this year, but with the wind and the cold, and people not getting off work until 5, i think i'll just cook something and have it inside. he requested an ice cream cake. i got the cutest doodle for it from a seller on etsy. i'll post a pic of it after his b-day.
it's time to put pot on, mornings like this are perfect for roaming around the house with my zip up blankie and crocheted slippers on while sipping on a cup of coffee.
at 7:55 AM 3 comments: Links to this post

i've decided to dedicate this blog to sharing about the wonderful happenings that go around nisha while she crochets.

for example and in conclusion! ;-)
at 8:43 AM No comments: Links to this post

i've started another ripple, this time, not round. the colors i'm using are dark sage, sage, and off white in caron. i got the order for this blanket last week and hope to have it done by next week some time, but definately before october gets here. i'm adding up my son's birthday wish list and well, damn! he's only turning 4, i can't even think of what it will look like in a few years. he wants moonsand, which i've ordered, but i doubt it will be here before his b-day, which is on the 9th because although i ordered it a few days ago, the amount hasn't been taken out of my account. i'm going to call them after i get done here. he also wants a spiderman sleeping bag and some heelys. i don't know about the shoes because he doesn't even use his heels to walk. (i know, i'm trying to get him off his toes, but i dunno, he's stubborn)
i've been crocheting a lot lately. i'm finding that lately, yarning over and weaving in is giving me more purpose than it ever has.

since i've blogged, i've finished:
so, i guess i've been busy. i call the girl blanket finished, but i still want to put a label on it, when i get around to it. the majority of what i've done was mindless crochet, with no intentions of listing on etsy, but, some have made their way there. i've had the darndest time trying to photograph orange with my ever so lovely digital camera. it's quite frustrating because the oranges that i have are brilliant and warm. i'd love to share them with the whole wide world!

i think mini first pointed me to the tandy leather shop website, (which is a bit overwhelming)
but i found out today that they have a shop here in town that is not too far away from where i live. so, i'm hoping to go there soon. that tote will be finished one day!

here are the pics, you kin guess which is which. 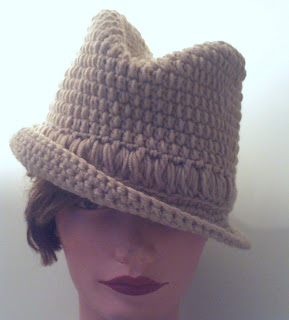 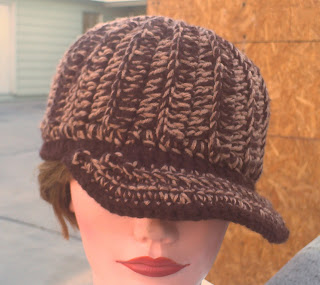 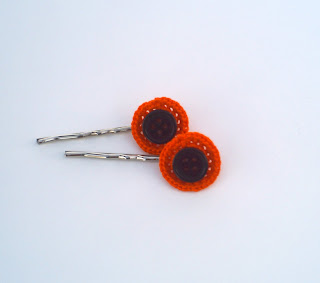 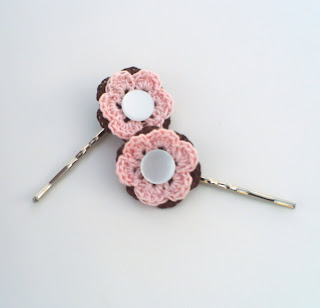 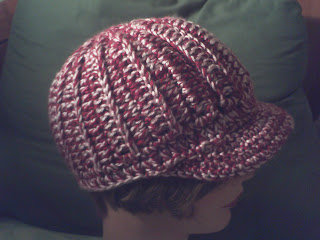