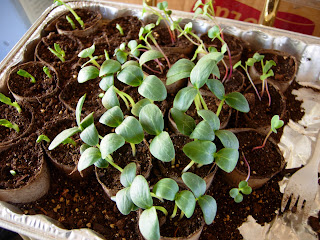 Not even 2 weeks ago, i planted my radishes, cucumbers, and peas. This is them as of a few days ago.
I used a disposable baking pan w/lid that was left over from a party. I had totally forgotten about them for a few days, and when i looked again, there were a LOT of sprouts. I'm sure having the lid on and that whole green house thing is the reason for their fast sprouting. 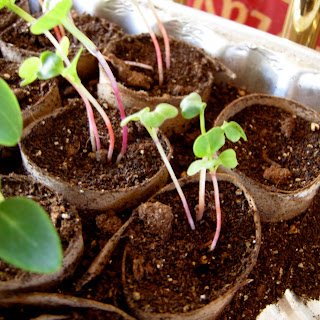 I think the radishes got a really poor start.
they either loved or hated the sun and water and often drooped until i did either or. When i went out to see about them today, they were leaning and pale, so i said forget it- they seem to be a bit too much too care for so i just threw them out.
I really want some radishes, so i may try again later. They have a short til harvest time, so i think i'll be ok with planting them after i've gotten everything else situated with what i'm going to grow. 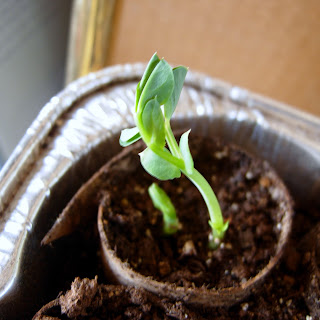 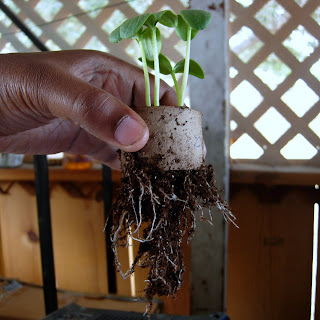 this is what the roots and everything looked like on the cucumbers today. i was surprised to see how many roots went into such a small sprout.
Fortunately, my poor foresight of these roots growing as they did didn't hurt too much. i definitely planted the plants too close together, but with a little water-(enough to make the soil graspable) the roots slid away from each other and now, i have individual plants again.

My in the ground soil still isn't ready, but i needed to give the plants some space, so i decided to plant the peas in a planter, which will stay on the porch and get my ass in gear with the ground work on the garden so i can get the cucumber hills going.

Here is what i think my garden lay out will be: 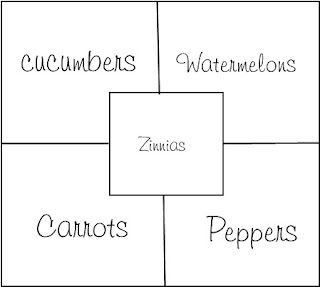 I'm considering this layout because the garden box will be up against the fence, so the cucumbers and watermelons will catch the least sun...
Hmm- dude, this may be all wrong, lol

Ok- my back yard is to the east, so it sees sunrise first, planting against a fence will offer some shade protection before noon, so i need to figure out which plants do the worst in full sun. =-\

this gardening thing is tougher than it seems.
*waves a fist at johnny appleseed*