last month or so, i went to michaels and they were having an awesome sale on yarn. While i was grabbing as much as my little pocket book could hold, i also picked up a set of pom-pom makers. before, i was just doing the whole wrap around the fingers thing and having to trip a lot of the pom-pom away. but those little things- i LOVE. i think they've got me looking for more reasons to make pom-poms now.

my first one didn't turn out too pretty, but i've learned that it was because i didn't wrap it around tight enough. i used the medium sized maker for the pom-poms that are attatched to an earflap hat that i made last night and will be listing very soon. 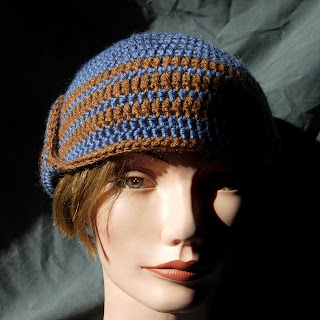 I love the way this hat turned out!
so much so that i'm thinking of doing a more girly version (even tho this one could be worn by both sexes)
at 10:40 PM