this past weekend, i managed to get out to michaels, i was so excited, i was going to get an afghan hook that was larger than the size I i was trying to use before. it's always very frustrating with the I hook because i crochet tightly, and getting the stitches off the hook would make me break out into a furious sweat.
so, of course the solution to this was to get a bigger hook.
so i thought.
michaels doesn't carry them in the store that i went to, and that's my only local option right now, so it looks like i'll have to order a larger size.
shipping sucks. so that won't be happening any time soon.

i've already cranked out a scarf made with some yarn that a friend gave me. it's the second christmasy thing i've made this year. and for the legnth, it didn't take long at all. so i'm trying to get motivated to use it again today.
hopefully i can mass produce (for me, this means make more than 1) some scarves so the people i know can rock them when the season comes.
i've not been motivated at all to produce for or promote or network or even look at my etsy shop. i wonder if not having it for so long could be the cause for this. i'm pretty much going through my stuff to see which stock is still in good condition and bringing those out of inactive slowly.

i don't know why, but lately, i've been curling up on the couch with my ball of yarn and just watching tv with out doing much crocheting.
yarn is a habit!

i've got to get out to the library today. i've been wanting to stroll to take my books back for a little whilenow, but it's always either too hot or too dark when i think of it. hopefully i'll get that done today, although, i'm almost certain that i won't be strolling.
and that's just too bad because i got on the scale the other day and i've lost about 5 lbs. -with out trying-
so, if i could just get the motivation and some tae bo tapes, i'm sure i could be back to fine in no time at all.
isn't it odd that i'm completely unmotivated and not caring for shit about my weight for the summer, but when the colder seasons come around, i want to be super sexay! ?
perhaps i saw it on a postcard or in a book...
skinny people sitting around in beanies with hot chocolate and rosy cheeks. 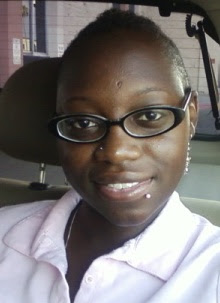 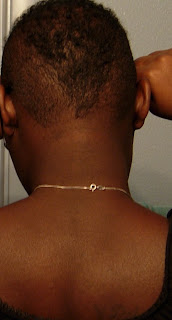 i'm kind of missing the little hair that i did manage to grow recently. i shaved it again on saturday. i liked it at first, but now i'm rubbing my head with fond memories of my hawk. and shivering because my head is cold at night. there is something empowering about a hawk...
if only it made me crochet as hard as it made me walk.
at 8:04 AM