there must be a mouse in there 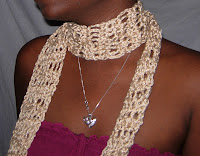 cause my mind is going in circles, as if on a rodent wheel.

there is so much i want to do this month, but there seems to be so little time.
i signed up for a give away with an Etsy street team i'm a member of..
Etsymom
and still have to send in my entry. i keep changing my mind. it's either going to be a coaster and dishcloth set done in christmas colors, or a pair of slippers. i keep flip flopping because it's officially cold here, and i'm so tempted to put those dang slippers on my own feet!

i swear, one day the temperature dropped and never came back up.
vegas is odd like that, some one flicks the good ole freeze your ass off switch and so it's done.

i also want to make some pink scarves for the month of october, but i'm unsure where they would go. last year, i had one that didn't sell, so i gave it to a lady who i just happened to know was a breast cancer survivor. i have a large hook and can crank them out fairly quickly if i use caron yarn, so i'm thinking of doing the same thing this year... giving them away to people who have survived breast cancer.

i have a bad habit of starting things and just leaving them. because of this i have ltos of WIPs that may never see a finish. i'm hoping that by focusing my energy on charity type things, i'll get over this little character flaw. at least when it comes to crocheting anyway.
not only will it save me wasting some effort, but it may save me a bit of money, as i love to buy new yarns to start new projects.

on top of that, i'd love to start on making some christmas items. since it's so close to halloween, i'll just call that holiday done with and move on. i missed the last 2 winter seasons on etsy, i'm hoping this one will be better.
with more frequent blogging, chatting, and networking in general, i'm counting on my efforts to pay off.
it's kind of like a sad love afair at the moment.